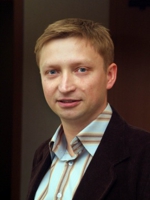 A graduate of the Agricultural University, “Finance and Banking” and “Business Management in market economy” postgraduate studies at the University of Economics in Wroclaw. Completed MBA studies at the Ernst & Young Academy of Business.

Practitioner with 16 years of experience in strategic management, customer service, product development and distribution in companies with Polish and foreign capital in the financial industry. He was the manager of large sales and customer service structures, with extensive experience in managing teams of mid-level managers. During 10 years of work in an international environment in the banking sector, Tomasz was responsible for the development, implementation and execution of strategies in the SME segment. Has experience in projects related to company-wide marketing and strategic positioning.

Tomasz also has six years of experience in the market of medical services, as a co-owner of a medical facility “A2 Clinic.” He is the chairman of the board of Medical Progress company – the largest purchasing group in the market of private medical entities. He is also a member of the supervisory board of Polskie Konsorcjum Medyczne SA (Polish Medical Consortium SA). 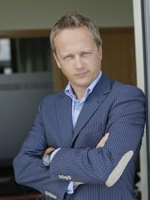 Piotr is an experienced manager and practitioner with extensive experience in the medical and pharmaceutical industries. He has managed large marketing and sales force teams in domestic and international pharmaceutical corporations. He built teams of business efficiency and market management and analysis.

During 17 years of work in pharmaceutical companies he Piotr was responsible for building and managing commercial teams in the area of prescription and OTC, planning, strategy, business development, business performance management of individual departments in the company, quality policy and procedures for marketing activities of marketing and sales departments.

Piotr is the owner of the “CONCEPT” Economic and Legal Counseling Office and the co-owner of the Company “Medical – Hemp” that develops and produces dermocosmetics with Cannabis Sativa oil for patients with skin diseases.

He is also a member of the Sudety Mountains rescue team and a windsurfer looking for windy spots in the country and abroad. 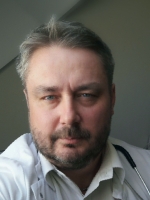 Graduate of Wroclaw Medical University. Holds a specialty degree in the field of neurology as a result of many years of practice in clinics in Germany. Since 2007 he is a senior assistant in the Department of Neurology in Goerlitz (Germany). A co-owner and CEO of Polish-German Medical Center NEUROMED in Zgorzelec. Member of the German Neurological Society (Deutsche Gesellschaft für Neurologie, DGN) and the German Society of Psychiatry, Psychotherapy and Nervous Diseases Psychomatyki (Deutsche Gesellschaft für Psychiatrie und Psychotherapy, Psychosomatik und Nervenheilkunde, DGPPN).

As a researcher, he was involved in conducting more than 30 clinical trials. The quality of those trials was rated very high in audits by supervisory bodies, including the audit of the FDA (USA). 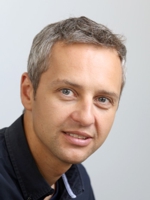 A graduate of the Academy of Physical Education in Wroclaw, Department of Rehabilitation. From 2000 to 2001 he worked as an information and communication assistant organizing virtual career fairs for the company Hobsons International. The purpose of the fairs was the recruitment of students from technical universities from Eastern Europe, Russia and France for the British IT sector. Aix en Provence, France. From 2001 to 2002 Mateusz studied and worked at NZOZ Salus Medical Center SC as the person responsible for the settlement of accounts for medical services.

From 2003 to 2005 he worked as a manager of an emerging department of physiotherapy at the NZOZ Salus Medical Center SC. From 2006 to 2007 he held the position of a Physiotherapist’s Assistant at the Marie Clarac Hospital’s Orthopedics department. Montreal Canada. Currently, from 2005 he has been the member of the board at Salus Medical Center.

In 2007 he founded Ortis SC – a trading enterprise in the orthopedics and medical equipment industry in the Lower Silesia and Opolskie province.

In the years 2005 – 2013 at the Salus Medical Center he is responsible for the development, opening new branches in the cities of Nowa Ruda, Bożków and Duszniki among others.

2014 – a co-founder and board member of the Medical Concept company encompassing 220 entities from the Polish healthcare industry. 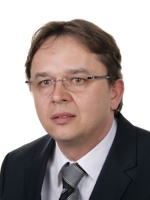 Rafał Dżygura is a doctor specializing in internal medicine. He graduated from the Faculty of Medicine at the Medical University in Wroclaw, and at that same University he received a Ph.D. degree in medical sciences. He is a graduate of postgraduate studies in the field of public health administration and hospital management at the Institute of Public Health, Collegium Medium at the Jagiellonian University.

For over 15 years he has been a practicing doctor and a manager at a large therapeutic company. He has experience in conducting clinical trials as a researcher acquired through the cooperation with the German Institute clinical trials Clinpharm. He also holds certificates required to carry out clinical trials. Rafał’s experience also includes working in a pharmaceutical corporation Eli Lilly & Comp. 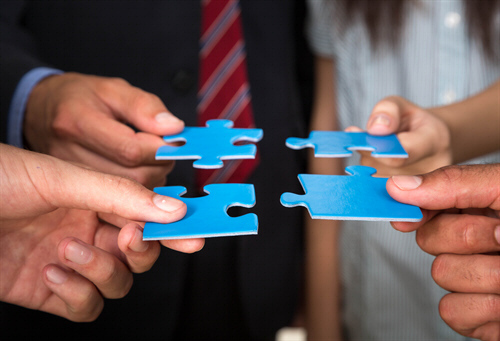